London, United Kingdom – The United Kingdom, Turkey and the United States have been asked to open police investigations into alleged war crimes committed by the United Arab Emirates and its mercenaries in Yemen in 2015 and 2019, and arrest Emirati officials under the principle of universal jurisdiction.

British law firm Stoke White filed the complaints on Wednesday to the Metropolitan Police in London, the US Department of Justice and Turkey’s Ministry of Justice on behalf of Yemeni journalist Abdullah Suliman Abdullah Daubalah, who claims he was targeted in an attack, and Salah Muslem Salem, whose brother was killed in the war-torn country.

“Daubalah was targeted as a journalist in an attack in Aden, Yemen on 29 December, 2015. Salem’s brother, Mr Jameel Moslem Salem Batis, was assassinated in Seiyum city, Yemen on 28 July 2019,” the law firm said.

“Evidence shows that UAE and Yemeni officials, and mercenaries allegedly hired and instructed by the UAE, are responsible for torture and war crimes committed against civilians with political positions opposed to the UAE government.

“It is requested that the UK, US and Turkish police open investigations into these alleged crimes as soon as possible.”

The suspects live in the UAE but regularly travel to the UK, the law firm said. The victims remain in hiding.

Under the principle of universal jurisdiction, authorities in one country can arrest alleged suspects of another state when they enter, even if the crimes were not committed on its territory.

Evidence presented by Daubalah and Salem suggests the UAE was responsible for an attack in Aden on December 29, 2015, Stoke White said.

In 2018, BuzzFeed reported on that attack, alleging the UAE hired former American soldiers to assassinate Anssaf Ali Mayo, the local leader of the political party Al-Islah – with which Daubalah and Salem are affiliated.

That attempt ultimately failed, and Stoke White claimed that as part of that assault, a bomb was placed at Al-Islah party buildings in Aden, in an attempt on Daubalah’s life.

Analysts rebut these claims, saying Al-Islah is a legitimate party.

Regarding the death of Salem’s brother Jameel Moslem Salem Batis, Stoke White said the killing was designed to scare Salem against returning to Yemen from exile because of the “political views he shared on social media”.

“Evidence points to similar assassinations of family members of individuals in Yemen who are viewed as politically opposed to the positions of the UAE government.”

The complainants also filed evidence that torture was carried out in UAE-run prisons in Yemen, with the support of US and Colombian mercenaries.

“The evidence demonstrates the widespread and systematic nature of violations and crime committed in Yemen against Yemeni civilians either by UAE officials or at their instruction,” Stoke White said.

The Saudi-UAE coalition, which receives support from Western countries, intervened in Yemen’s civil war in 2015, after Houthi rebels seized large parts of the country’s north and removed President Abd-Rabbu Mansour Hadi‘s government from Sanaa, the capital.

Last year, the UAE said it was pulling troops from Yemen, but it remains a coalition partner.

More than 100,000 people have been killed in the conflict.

Rodney Dixon QC, an international human rights lawyer in London, said the case, which was funded by private individuals, “highlights how a foreign state used its own agencies and mercenaries to intervene in affairs of another state”.

“It is important that international community condemns this. If evidence shows that UAE acted unlawfully, then individuals should be stopped and arrested.” 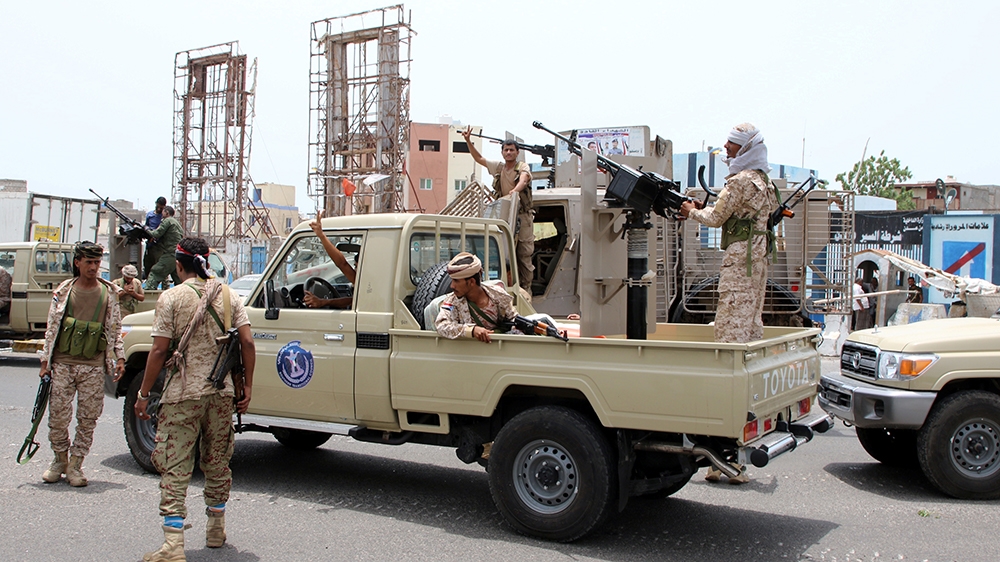 Britain, US and Turkey asked to investigate UAE ‘war crimes’ in Yemen